He's back... and needs a manicure. 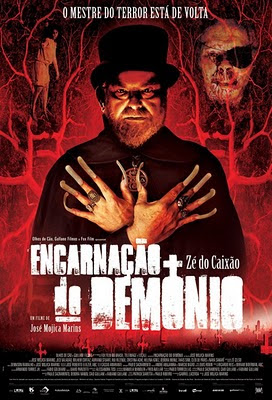 I was surprised at how much I enjoyed this flick. Not sure why I shouldn't be, but I was. José Mojica Marins enjoyed great success in the early 60s with his Brazilian shocker At Midnight I'll Take Your Soul, in which he introduced Zé do Caixão (aka Coffin Joe) to the cinimatic world. Coffin Joe, an antireligionist undertaker, is obsessed with his self made journey to keep the "continuity of the blood" by producing the superior child with the perfect woman. 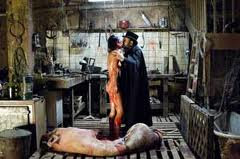 In the earlier Coffin Joe films, Zé do Caixão fails with violent consequences to produce his superior child, and finds himself perused by angry villagers, fed up with his violence and torturous ways. In Embodiment of Evil Coffin Joe is released from prison, but he's neither repentant or rehabilitated. In fact, he's more powerful, and more dangerous. He immediately embarks on his search for the perfect woman to bear his child, seducing, kidnapping and torturing any beautiful female who crosses his path. He even discovers there are woman who will seek him out, who are more than willing to succumb to his punishing pain. 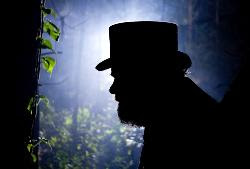 Marins not only returns to the screen as the infamous casket bearing creep, he also directed and wrote (along with Dennison Ramalho). And at about 72 years of age, at the time of filming, Marins is in full tilt as his alter ego Zé do Caixão. And he hasn't lost a step, still putting himself in some mind reeling love scenes with some very frisky females. This is the very reason that Marins got into the film biz -- the women! It's good to see he's still able to keep that dream alive. 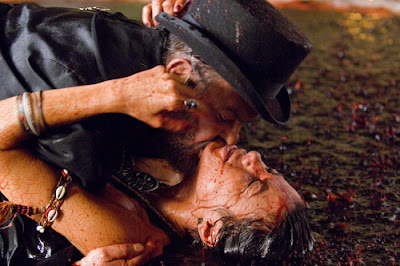 Embodiment of Evil is packaged by the great folks at Synapse Films in a duel DVD/Blu ray set, with some great featurettes included.
Posted by Bad Ronald at 8:15 AM 0 comments