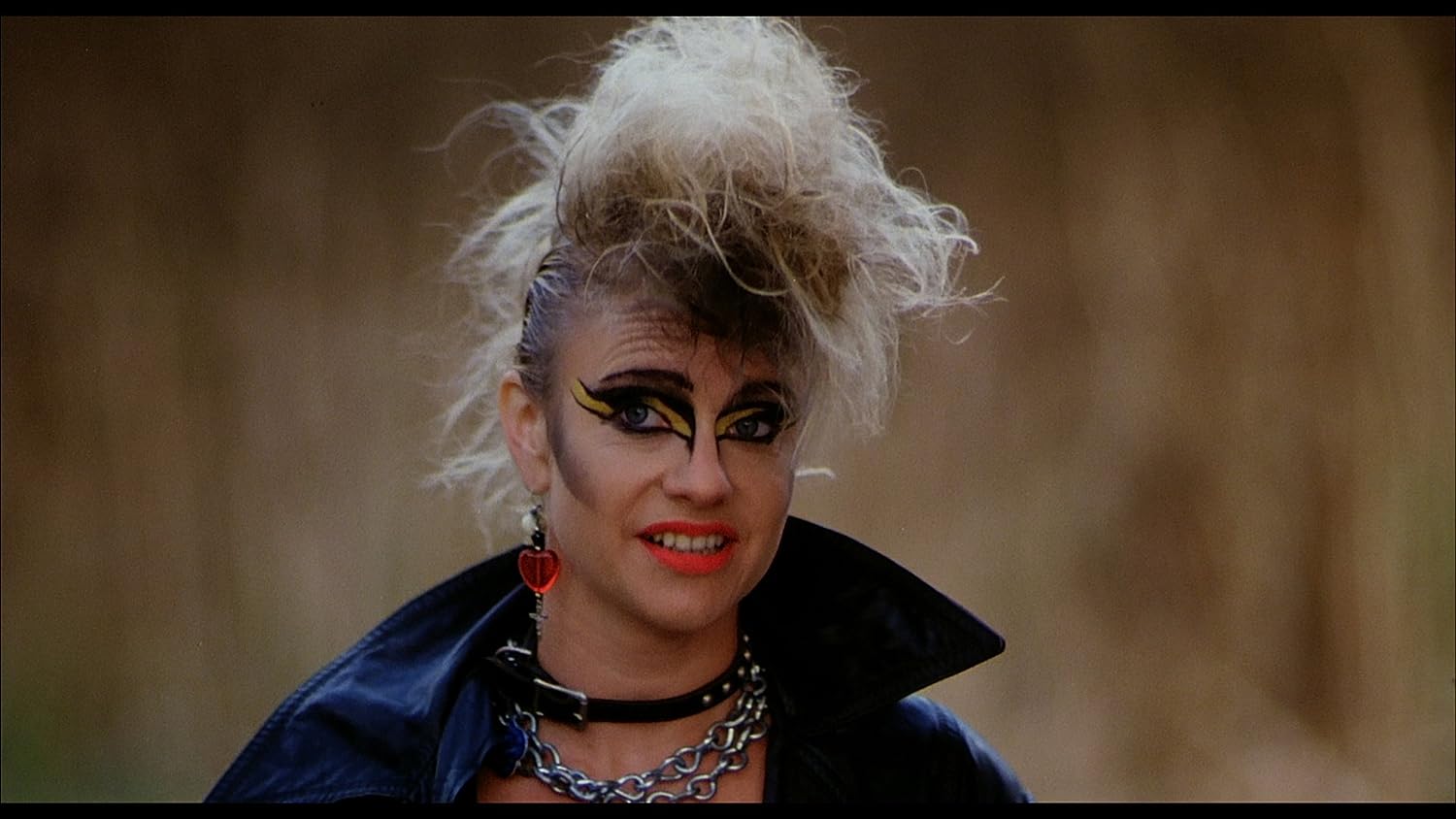 Punk Vacation (1987) is the snappy title of this rape/revenge chestnut, about a small town under attack by some gallivanting punk rock motorcycle gang.  After her father is murdered by the gang, his daughter decides she's going to take down the spiked haired nasties, with her own brand of brutal vengeance. 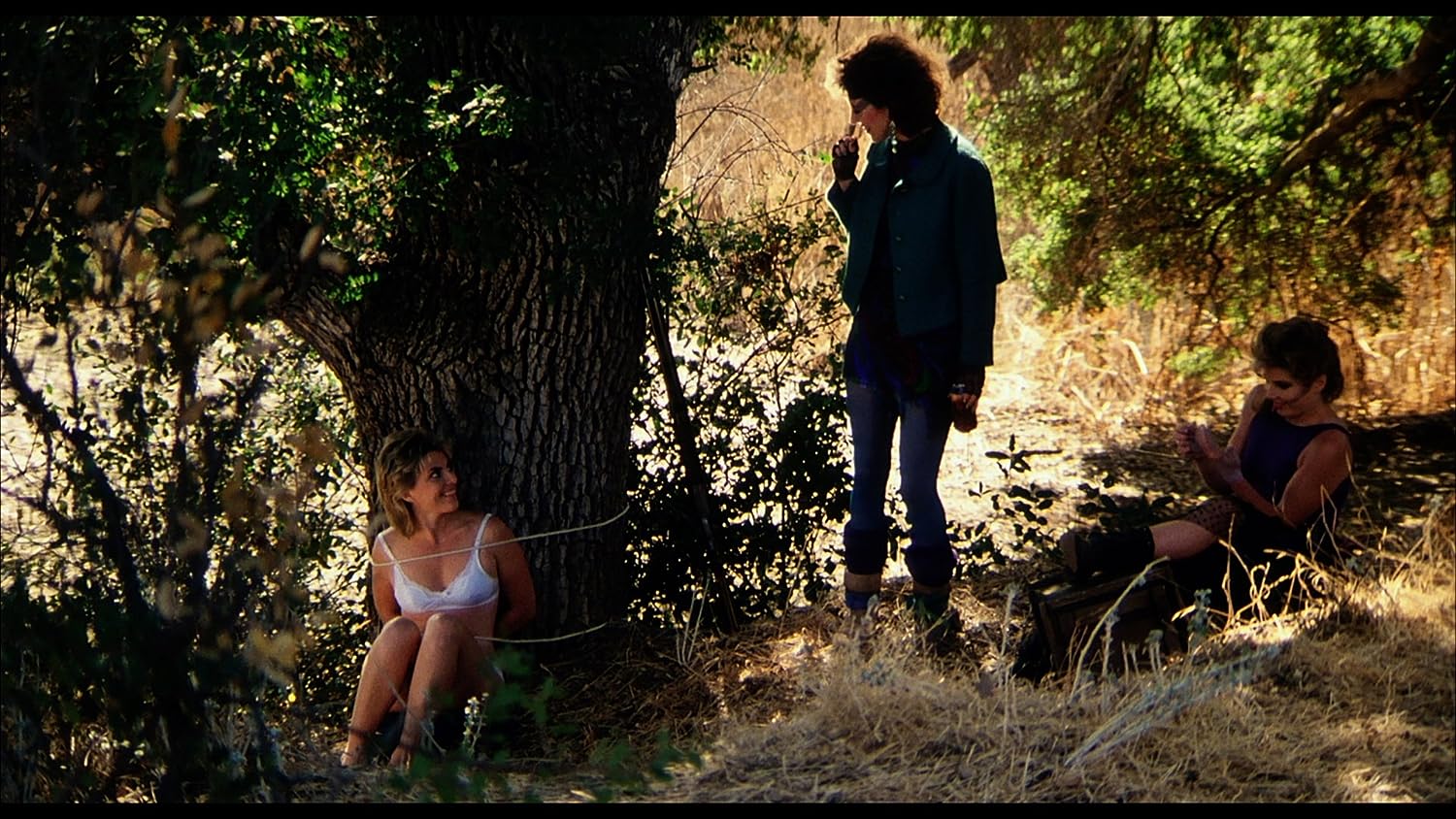 This direct to video shocker has lost some of the edge it probably had, now that we all know that punk rockers are all really people, just like you and me... but with flaming red and blue hair and beautiful theatrical make up on.  The action is fun and energetic, with a great sense that it was all choreographed by a dancer.  There are also some good bits of horror violence, to satiate the bloodhound in the crowds.  The topper is the over the top performances by the punkers.  Like I said, very theatrical, with high-emotions.  It gets good when the punks aim to exact revenge on the girl who is getting revenge on them, and the head punk chick tones herself down to look like the ex-cheerleader beauty who they now hold captive.  There are some killer lines and plenty of synth-punk melodies to bang your head to (composed by the team who would move on to score Snowboard Academy and Sexting in Suburbia).

Pack up the cooler and head out for some acid bleached fun with the gang.  Punk Vacation is 80s fun on a disc.

Check out the bonus biker flick on the DVD disc, Nomad Riders (1984).  It's fairly laughable, but very fun.  Especially the scene where they, ummm... mess up(?) an old lady's living room.  Oh the horror!

Bonus extras in the combo pack include interviews with the stunt coordinator and producer.
Check out the link for other great Vinegar Syndrome releases.