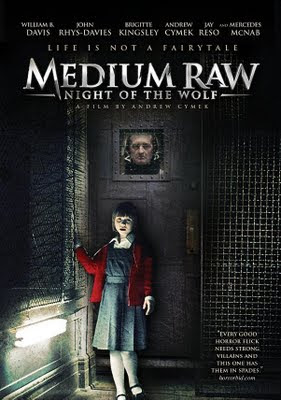 1.)  Don't take little 8 year old girls to an insane asylum.
Yes.  Seriously, someone really should have been told this simple rule.  Especially since the looney bin houses a known child-killer.  There's also the cannibal lady, the dirty old man who runs around naked, and let's not forget the 300lb freak who goes nuts when he sees red...  of course, you can see in the poster. the little girl is dressed in li'l red riding hood colors.

2.) Don't wear an armor wolf's outfit while going door to door looking for victims.
It makes it look like you've been watching too many medieval epics.  I men, how did this guy not ever get caught, stalking around suburban neighborhoods wearing a 10 tom body of armor, equipped with a steel trap mouthpiece and knuckle blades that would make Wolverine's look like picnic ware?  The thing must've made the houses shake when he walked!

3.) Don't title your film Medium Raw.
It's a terrible title. Besides... it's already been taken... 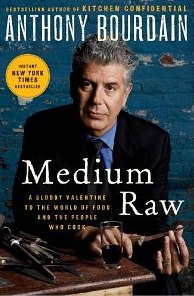