The Cannibal Film That Has Little Meat on the Bone 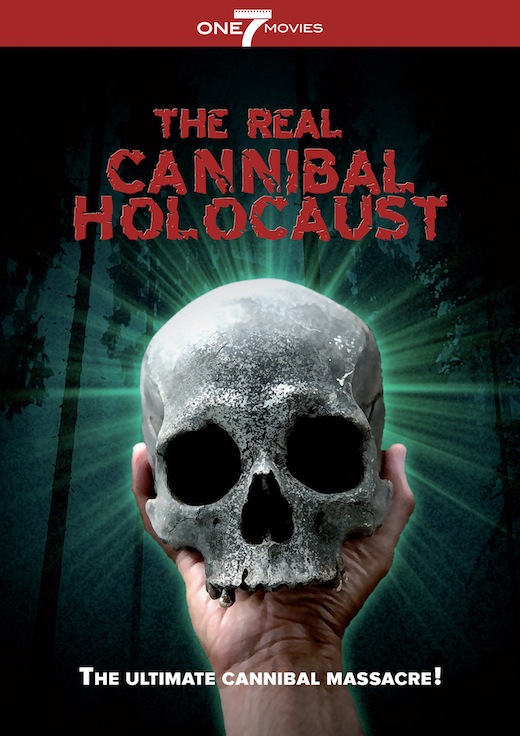 [First off, this is NOT a film by Italian schlocker Bruno Mattei.  I know there are a couple dozen blogs -- and Amazon -- that are using the cover of this newly released DVD with their review of another Mattei cannibal flick.  But... it ain't Bruno.]

This title reminds me of those ads for household products that are somehow bigger and better, or new and improved.  "Tired of the same ol' restless native cannibals?  Tired of the humdrum limb-ripping tribal dances?  Well, you're in luck.  The Real Cannibal Holocaust has 70% more terror than the leading cannibal movie.  Try it!!  You won't believe the taste."

Well... you know what they say about truth in advertising.  Fact is, TRCH doesn't have much in the way of any kinda holocaust, or really any cannibals.  Sure they have some tribes from Papua New Guinea whose ancestors were cannibal -- but cannibalism?  No... not really.  The opening sequence would have you believe that a tribal mom is peeling off the crusty flesh of her dead husband, while breast feeding their darling baby.  But the keen-eyed horror fan would see it for the primitive and cheap FX gag that it is.  So, there's your moment of (faux) flesh-eating.  After that... nada. 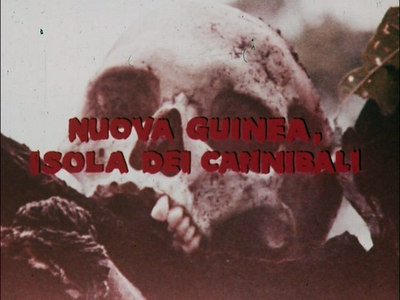 What TRCH turns out to be is another lost member of the Mondo movie craze of the 70s -- one of those shockumentaries depicting the unseen cultures and bizarre traditions of far away places.  The story goes "In 1975, Papua New Guinea obtained its long desired independence from the British Empire. A movie crew traveled to the island in order to shoot a film that would allow the Queen to better understand the laws and traditions of the natives."  In other words, it's a real down and dirty version of National Geographic.

As I'm watching this, I'm thinking that horror fans who've bought into the DVD packaging -- with promises of "unbearable snuff extremes...over-the-top violence...corpse eating... and mindless brutality" -- are really gonna be disappointed.  The opener, with the old school flesh eating FX, will get the usual insiders laughter, but what about the rest?  No mindless brutality.  No snuff extremes.  For the fanbase so spoiled with ear shattering sound cues and vibrating ghosties and gallons of blood, TRCH's "over the top" promise is unfulfilled. 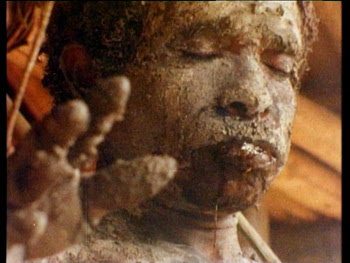 But!!  With that said, I wonder how many of the modern horror fans would be able to stomach the insanely bizarre death ceremonies depicted here.  I, for one, have been witness to the most hardcore of hardcore horror flicks, and I've seen my share of grotesque imagery. These images of the village women tending to the bodies of their dead males was... well, stomach churning.  You'll have to see if for yourself, and let me know if it didn't make you throw up just a little in your Doritos.
Posted by Bad Ronald at 12:51 PM